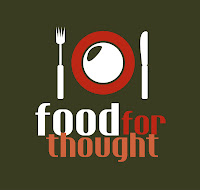 Did God play games with us by creating us of different faiths so that we may kill one another?

I know of people who set up Christmas trees every year and place presents below it and get drunk on Christmas Eve. They may even go to church once a year for Christmas Mass. But they believe that whites are superior to non-whites and the genocide of non-whites is no great tragedy to mankind.

These are not Christians.

I know of people who perform the pilgrimage to the holiest of temples every year and yet have scores of murders to their credit.
These are not Hindus.

I know of people who place altars and burn joss sticks every morning in their massage parlours that front for brothels.
These are not Buddhists.

To these people, they are ‘religious’ because they perform the rituals associated with whatever religion they believe in. But that is as far as their religion goes. Compassion and service to mankind is not at the top of their priority list. All their actions are guided by greed, lust, vanity, egoism, arrogance, and all those other anti-social attributes you can think of.

For that matter, many would argue that Islam is not even a religion. It is a way of life. You breathe Islam, so to speak. In other words, every beat of your heart ticking away ticks for Islam. You do not need rituals to prove you are a Muslim. The fact that you are breathing already means you are Muslim because when you breathe in and then out that breath translates to Islam.

If you do not grasp what I am saying then I can’t help you. It just means you look at things from a very superficial and on-the-surface perspective. You need to go deeper than that. You need to feel the pulse on your wrist and be able to say, “This is Islam.”

Does it matter what women wear, or how a man dresses, or whatever, when below those external coverings lurk maggots and worms eating away at our soul? I suppose this is a statement many religionists, Muslims included, would not be able to comprehend.

If we believe in God then we would believe that God created us. And would God play games with us by creating us of different faiths so that we may kill one another? All religions believe in the beginning of time and the end of time. And the Abrahamic faiths believe that we are all descendants of one man and one woman, the first two beings on earth.

Who are we to question God’s wisdom in making one brother/sister a Jew, another a Christian, yet another a Muslim, and others of the Hindu, Buddhist, etc., faiths? Do we know better what is God’s grand design? Dare we shun God’s wise decision by shunning those who do not follow that same path as us in arriving at the same destination?

Yes, this is certainly food for thought this Sunday morning in a prelude to the Muslim holy month of Ramadhan.

Selba said…
Hmmm.... first of all, God has never created a religion... humans are the ones who created religions and divided it.

adel said…
Yes, different religions are created by human... God created us and the rest for us to look after ...
Our freedom of choice and intelligence are there for us to use wisely
August 16, 2009 10:56 PM

backStreetGluttons said…
selba
we believe it is the result of selfishness or as we call it ... the survival instinct , which is to defend by lies & deceit to protect oneself. Religion is a convenient cover up as it scares the shit out of many ignorant people !

adel
tks for your comments. Religion as we know it has been used to perpetuate selfish / criminal interests , and as a cover screen

550ml
truly , the name of religion has resulted in the grotesque death of more people than even disasters/illnesses/diseases etc. It has become the baddest evil tool used against the helpless and the lost! and also not what they seem to represent...
August 18, 2009 4:34 PM