December 08, 2008
KL, compared to some other Asian metropolis , is considered rather tame . We have doubts when some well travelled Malaysians , ( Big Spenders from the Malaysian Tourism Industry) say we have some of de best ( gosh !) gastronomical offerings in the world !

They say they know what we have...those world class things... but dare not or will not ( or don't know how) to tell people what those are ! 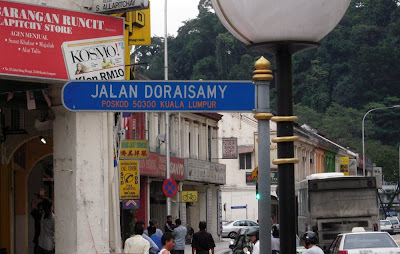 Let us tell you now
It is as delicious and as potent as that unmentionable Chinaman thing
near here ...a street with the rare Indian name 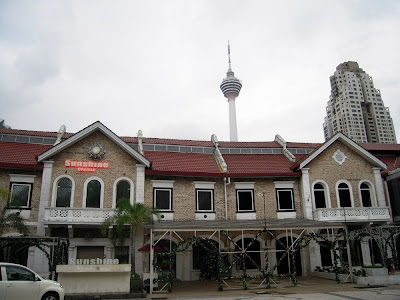 You can catch a wonderful glimse of the KL Tower ,
neighboring Heritage Row , Kuala Lumpur
( opposite Wilayah Shopping Center ) 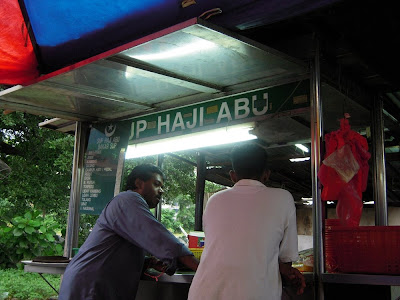 In the far eastern corner, the broken shed 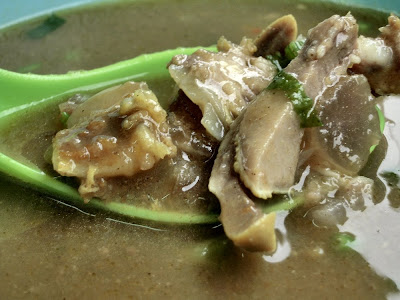 Anonymous said…
What a gastronomic experience and at RM8, you are oready getting a bull, how many do they have to kill to serve say 50bowls?
December 08, 2008 2:05 PM

worldwindows said…
It's like eating cows' tendons. Have it in Thailand with noodles. If I recalled the name, "tua nerng, nerng tua" translated "thing one, one thing".
December 08, 2008 5:14 PM

when they see too far without any purpose, they will come lost. no wonder the flights are still flying (making money??) and the makan-ners from the west are still flocking solely to the deeper south. sigh...
December 09, 2008 8:43 AM

backStreetGluttons said…
jencooks
it really depends , for 50 bowls normally they become smaller and smaller, why maybe 100 ?

world windows
the gear box in kelantan also has those kind of things even the bone marrow where you suck with straws. also got in Restoran Jaring , Sunway

kenny
indeed we are , but those people we elect to serve have badder masterful things to do , like building castles on hill slopes