(i) The esteemed ( Higher Education ) Minister considers banning students from going to mamak stalls and coffee shops. These are places where nonsensical and unproductive coffee shop 'chatter' takes place, involving the topics of political interest of the day.

Since we do not want our best and brightest to corrupt their ears and to waste their time by listening to this nonsense.

Our students could use this time more productively, in discussing the latest developments in biotechnology and nanotechnology and in collaborations to build Proton a new hybrid engine. 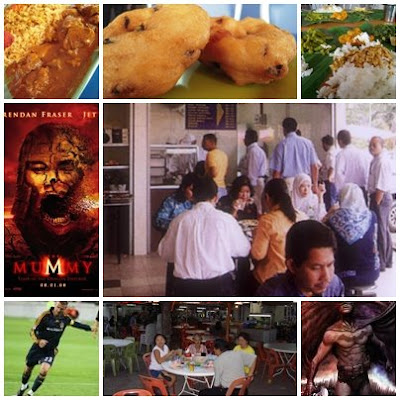 (iii) ban students from watching movies in the cinemas which is another big waste of time, time that could be better spent on academic pursuits and developing one's own human capital.

In addition, many movies produced in the West promote decadent values not consistent with our Asian culture. For example, we would not want our students to be unduly influenced by the portrayal of vigilante justice and 'cool' criminals in the latest Batman movie.

However, again, exceptions should be made for movies produced locally since we are supporting local industry by watching these movies.

(v) all students in public universities must carry at least one book where ever they go on and off campus so that students do not waste previous time while waiting for buses or sitting in their friend's cars or waiting in a queue or even sitting in the John/Jane , time that could be spent reading and developing their human capital.

I sincerely hope that the esteemed Minister considers at least some of my recommendations made above and implement them as soon as possible."

Pete said…
Ha Hah, if ban students from hanging around in Mamak stalls, our foreign workers count will reduce,just like what the govt want! LOL
August 07, 2008 11:27 PM

pete
welcome to BSG ! we see you are a great food fan too !
ban student at mamak shops then you will find them all of them lepaking & sodomising in Jln Alor beside the drains.
August 08, 2008 9:18 AM

HairyBerry said…
havent been catching up on the news lately.

1. This hallmark of quick plain eating is found all over Metropolitan KL's bright n cheerful busy corner lots, shopping malls & is easily available most times of the day. Cool, clean & tidy with nice friendly familiar meals , it is really wonderful for young ( & probably underaged ) people watching and a fast snack of bubbling cold coke over some golden crispy chips, & sometimes even as a relief centre while awaiting the arrival of da newfound fresh but tardy business associates /online dates...Our fav burger. Good olde Mcs ! Nobody's complaining (except strangely those what-t-fs from da Health Ministry who claim this thing to be undernutritious and a health hazard ). So we shall keep it under wraps for now. 2. Then this unassuming corner lot behind the ex Lim Kok Wing Creative School of Technology…