the makeover of Ah Cheng

August 10, 2008
She was the deep favorite of one of us , when he will quietly sneak out , off the phone and claimed he was busy. That was some years back when things moved fast in the backstreets and she just came on , more active and having that smile. The rest of the pack understood and din make no fuss about what might or could have been.

Then she broke away and slid into the struggling Summit USJ, earning herself a self-proclaimed controversial " best assam laksa" in Subang ( no she din say Batam ) 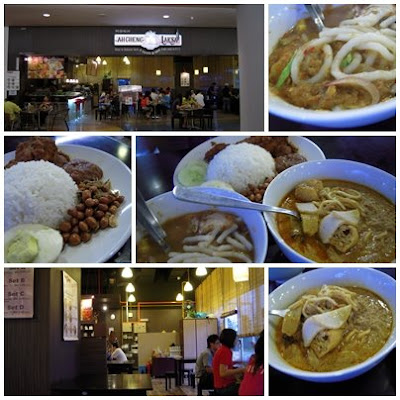 Xperience her fire burning 3 in 1 lust-uous mouth hugging Dark Secrets above for only RM13 , believe it or not , ( careful dear...not suitable for the underaged )
Malaysian cuisine

why must the prices be exorbitant? first nasi lemak, now this.

din realise Cineleisure has any nice restaurant. will check this place out.
August 10, 2008 3:02 PM

worldwindows said…
I am bringing my wife to avoid trouble. Anyway its her favorite.
August 10, 2008 7:25 PM

backStreetGluttons said…
kenny
but, you are not underaged !
You will enjoy her immensely and then crave 4evermore !

cumi
we were tinkin' of errr..
oh lots of nice exstatic things

durianberry
OK , see you there !

world windows
thats the thingy bout wives
( so called un-status quo thereafter )
GFs are fine as they always are
August 11, 2008 8:31 AM

backStreetGluttons said…
mimi
is that correct !